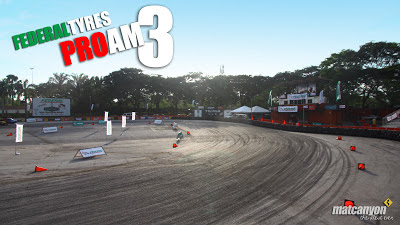 What's up guys. We are back in Speed City KL for Malaysia's only Pro Am drift competition, the third round of the Federal Tyres ProAm Drift Series. For the track layout of this round, the organizers used the layout from the 2012 Formula Drift Malaysia competition. 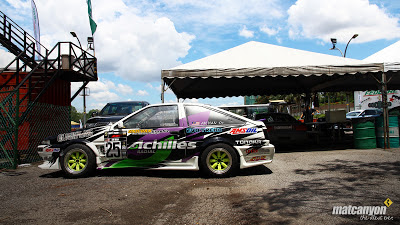 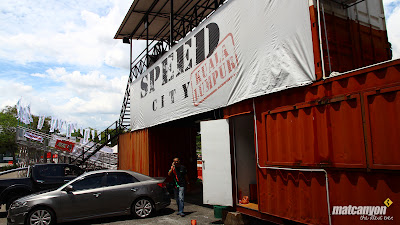 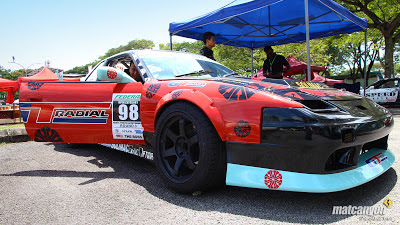 Qualifying started at roughly 5pm for drivers to grab their starting spots for the competition. Weather was hot, perfect conditions for a motorsport event. For the novice category, Wan Faisal scored the pole position with 78pts. Followed by Mah Lao and Bustawi Rosman with 73pts. and 70pts respectively. For the open category,pole position was won by Zai 'BullZai' Hamdan with 84pts followed closely by Ariff Johanis Ahmad with 82pts and Kamarudin Alias with 75pts. 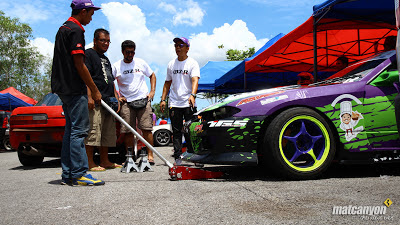 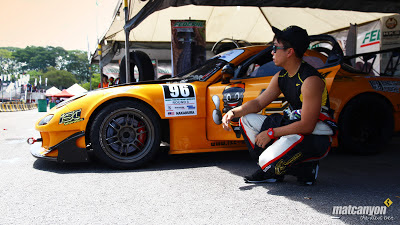 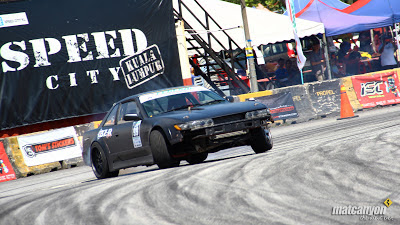 Finally after dark, the action that drift fans were waiting for started. The tandem battles were not short from door to door action. Unfortunately, some of the drivers forfeited last minute due to mechanical problems. At last, the finals were between BullZai Hamdan with a V8 powered S15 and Ariff Johanis with his S13 'Onevia'. Finally, Ariff Johanis came out on top as champion for round 3.

Until next round on 31st August yo, peace! 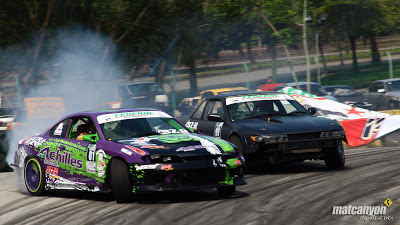 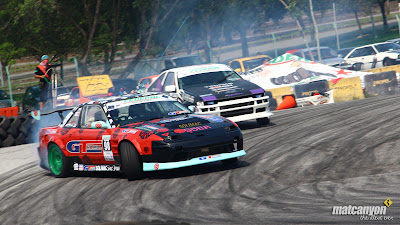 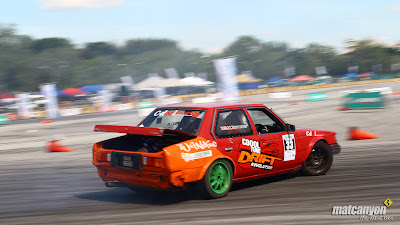 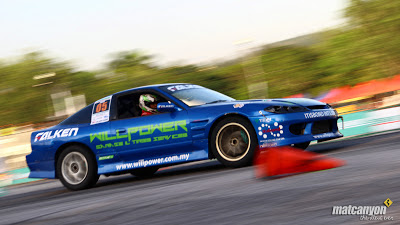 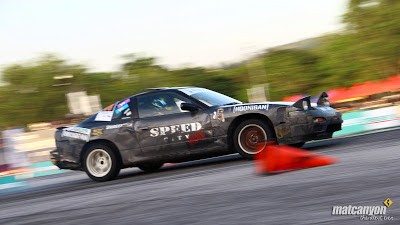 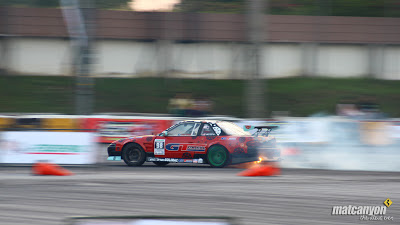 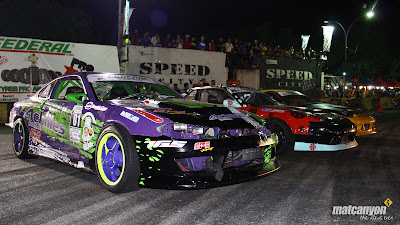 For ful album, check out Mat Canyon's Facebook Page
Posted by Allen Aznan at 1:46 AM